From Flagstaff drive north on US 180 about 33.0 miles and turn right (east) onto FR 417 near mile marker 248 (if you reach the Kaibab National Forest sign, you’ve gone too far by 0.4 miles). Continue 5.2 miles to a point just a short distance north of Cedar Ranch Headquarters, where a side road (FR 9008A) leaves FR 417 to the left. The next passage begins here and follows FR 417 to the west (back along the road you just drove down).

From the intersection of US 180 and AZ 64 in the town of Valle, go north on AZ 64 for 11 miles to FR 320 (mile marker 224). Turn right (east) onto FR 320 and drive 16 miles to an intersection with FR 301. Turn right (south) on FR 301 and drive 3.5 miles to Moqui Stage Station. Park here, walk up a road that curves to the right (north-east), pass an old stone well in 50 yards, and follow singletrack east through the trees 0.1 mile to intersect the very distinct AZT. (To follow the AZT northbound, turn left toward Russell Tank). This passage begins just east of Cedar Ranch area where FR 417 and FR 9008A intersect. Look for the steel AZT sign and a small parking area. From here, the route follows Forest Road 417 for 2.4 miles, then travels north on Forest Road 9007 near Babbitt Lake (usually dry) for 2.4 miles. After crossing over the fenceline, the route becomes singletrack (constructed in 2021) and heads toward Chapel Mountain. You’re now on Babbitt Ranches’ CO Bar Ranch — private property with a special recreational easement. Please respect the livestock, ranchers and landscape in this area. Follow the scenic trail for 22.5 miles, crossing intermittent ranch roads through junipers and grasslands. A wildlife waterer can be found 1/2-mile west of the trail near Upper Lockwood Tank Road. Continuing northbound, the trail leaves Babbitt Ranch property and enters the Kaibab National Forest. A quick side trip to Moqui Stage Station provides a look back in time when this location served as a rest stop for weary stagecoach travelers on their way from Flagstaff to Grand Canyon.

Water can usually be found at the Wildlife Waterer located 1/2-mile east of the AZT near Upper Lockwood Tank Road.  Check the online Arizona Trail Water Report for current information at https://aztrail.org/explore/water-sources/.

East Greenwich News (January 31, 2021) by Jonathan Malone It was hot, it was dry, and I was afraid that I was running out of water. I had been hiking through the high plateau desert in Arizona for three days and I had seen only a handful of people, lots of cows, and a few horses. I had heard elk and coyotes, but had not yet seen any of them. I was deep in the wilderness, there were few people, and my water supply was worrisome. I chose to be in this place. In September I backpacked for approximately 100 miles of the wilderness of Arizona. Hiking and backpacking are things  I love to do, and I have gone on many solo and group trips in the Adirondack Mountains in New York and the White Mountains in New Hampshire as well as other areas of the Northeast. I love taking time to be in the forest, by the streams and lakes, and surrounded by the mountains. This year I opted for something completely new to me; I decided to hike one small portion of the 800-mile Arizona Trail. I started just north of Flagstaff and headed to the North Rim of the...
Read More

Flagstaff Business News (July 5, 2021) by Bonnie Stevens Billy Cordasco and Ryan Butler sat on a hilltop behind Cedar Ranch and watched as the Slate Fire pushed its way east through juniper, pinyon and ponderosa pine forest from Highway 180 toward the historic ranch house, barn, wells and pipeline north of the San Francisco Peaks. Cordasco, president and general manager of Babbitt Ranches, is a fourth generation descendant of the original Babbitt brothers who started the ranching empire here in the late 1800s. Butler is a fire division supervisor for the Forest Service, called in from Montana. A small helicopter was being used to drop water on the fire front. But as the two men watched the blaze spot ahead of fire lines, areas that had been cleared of fuel like shrubs and trees, the plan changed. “I’d never seen juniper burn like that,” said Butler. “The masticator was masticating trees and they would burn. In Montana, it would take years for them to dry out and become flammable. Usually during the day in juniper, the fire dies down at night, but not in this case. Even with heavy equipment, we couldn’t get a line around the fire.” Butler...
Read More

The Slate Fire has forced a closure of the Arizona Trail north of Flagstaff near Babbitt Ranch. In the interest of public safety, the northern half of AZT Passage 34 (San Francisco Peaks) is currently closed between Kelly Tank (mile 603.3) and Cedar Ranch (mile 616.2). Trail users are discouraged from visiting Passage 35 (Babbitt Ranch) as the fire advances further north. The Slate Fire was first reported on June 7 and has grown to over 11,148 acres (as of June 15). To learn more about the Slate Fire, visit the Inciweb page here.
Read More

9 New U.S. Trails You Should Try This Year

Outside Online (April 20, 2021) by Megan Michelson With pandemic-fueled use on the rise, it’s a good thing trail builders have been busy opening new pathways for you to hike, run, and bike Last year the American Hiking Society reported a 200 percent increase in trail usage in U.S. cities than in 2019. It seems Americans are letting off their pandemic stress by discovering local hikes. And new trails are being built that will help accommodate the increased demand. We’ve rounded up some of the latest-to-launch routes across the country that have us excited to hike, run, and bike. Of course, recreating responsibly during these times is key, so remember to read up on local regulations, pack out what you pack in, and give space to others en route. Babbitt Ranch Singletrack, Arizona If you’ve hiked the Arizona Trail between Flagstaff and the Grand Canyon, you had to travel a large section on ranch roads while crossing private land between Coconino and Kaibab National Forests. After many years of discussion, Babbitt Ranch finally allowed the Arizona Trail Association to build singletrack across its property, and the new 14-mile Babbitt Ranch Singletrack, completed in August 2020, cuts through juniper forest and affords views of the San Francisco Peaks. It’s a welcome new option for those thru-hiking the 800-mile Arizona Trail or anyone...
Read More

Arizona Daily Sun (Mach 23, 2021) by Adrian Skabelund After a decade, a new windfarm appears to be moving forward on an area about 30 miles north of Flagstaff. The project, by the Florida-based company NextEra Energy Resources, hopes to bring about 61 wind turbines and between 400 and 600 acres of solar panels, as well as a battery storage facility, to an area east of Valle. The turbines would have a maximum height of 614 feet from their base to the tip of the blade. The entire Babbitt Ranch Energy Center would generate a maximum of 160 megawatts of electricity. The whole area of the project includes about 42,670 acres, a mix of private land owned by Babbitt Ranches and State Trust land. But during a virtual town hall meeting last month, project lead Wardah Abbasi said in total, the structures would only cover about 1,000 acres of the area. “The closest residents are approximately five miles from the closest turbine locations. We are still working on determining the final location for this solar facility. This will be determined based on site constraints such as topography, geology and cultural resources,” Abbasi said during the meeting. “We are currently conducting...
Read More

Lake Powell Life News by Halley Simpson FREDONIA, Ariz., September 16, 2020 — A significant portion of the Mangum Fire closure has been reopened to the public.  The Kaibab National Forest has lifted some road closures as well as the nearly 80,000-acre area closure that spanned the northernmost part of the North Kaibab Ranger District. The Kaibab National Forest continues to analyze conditions frequently, seeking opportunities to increase public access as much as possible. However, public safety is always the top priority. Closures on Jacob Canyon Trail as well as Forest Roads 22, 462, 461, and 423 will remain in place because extreme hazards are still abundant. The public is urged to be vigilant and use good judgment while in the area.  Visitors should be aware of their surroundings at all times and monitor the current and forecast weather. Potential risks in any area recently burned by wildfire include the following: Storms resulting in flash flooding that could wash out roads, initiate debris flows and entrap people at flooded stream courses. Unstable burned trees (snags) that could fall or shed large limbs. Eroded and very rough roads resulting in dangerous driving conditions. Unstable terrain with potential for rolling debris (logs, rocks,...
Read More 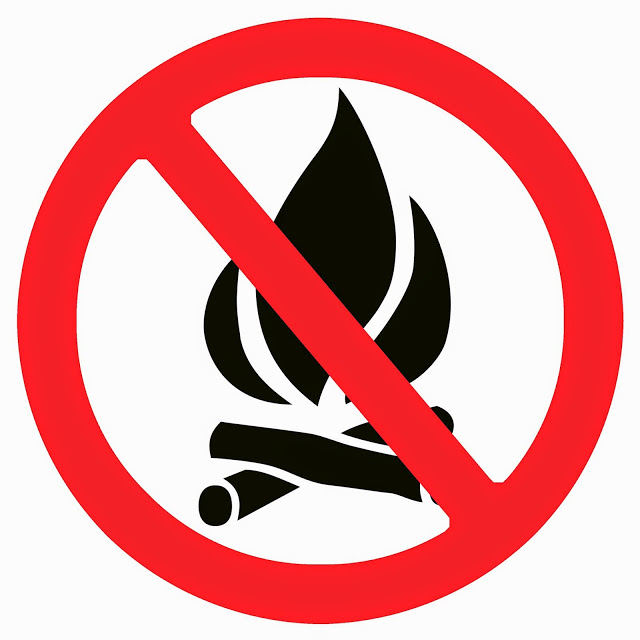 Fire Restrictions to Begin May 5 on Public Lands Throughout Arizona Camping and Campfire Restrictions Near Flagstaff